An Independent Living Scheme in Woolwich

Woolwich Parochial independent living consists of eight one-bedroom flats, with four on the ground floor and four on the first floor. They are situated in a predominantly residential area.

The almshouses were established in 1679 and rebuilt in 1958. They underwent a programme of modernisation in 1993. There are gardens on all sides of the building, with controlled parking to the front and surrounding roads. 24-hour emergency cover provided through the Anchorcall telephone alarm system. 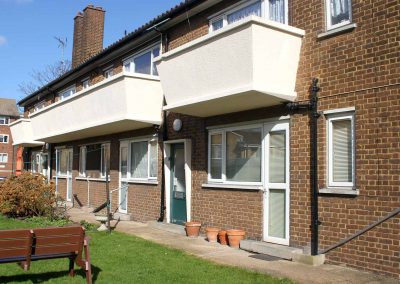 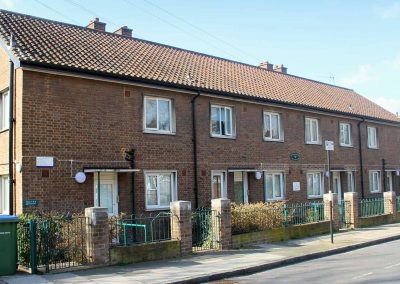 In exceptional circumstances where it has not been possible to fill a vacancy from this locality, then the trustee may consider applicants from the Pathways Jubilee area of benefit comprising the London boroughs of Wandsworth, Waltham Forest, Enfield, Haringey, Greenwich, Newham, Tower Hamlets and Lambeth.

Discover our other independent living schemes in South London.