An Independent Living Scheme in Newham

Legg Whittuck Almshouses (The Retreat) is an almshouse scheme in Newham consisting of eight one-bedroom properties for older people from the borough.

Jabez Legg built almshouses in Odessa Road, Forest Gate, known as Forest Gate Retreat. Jabez Legg was a Congregational Minister of the Forest Gate church, Sebert Road. He built three almshouses in 1858 and three more in 1863 to accommodate women who had formerly been in domestic service. In 1939 the charity was amalgamated with the Edith Whittuck charity of Wimbledon and renamed the Legg-Whittuck Trust. Alms-women can come from any part of the country, but in practice, most of them have local connections.

The buildings are described as a single storey, small, plain and with gabled fronts. Legg Whittuck joined Pathways on 1 August 2012. 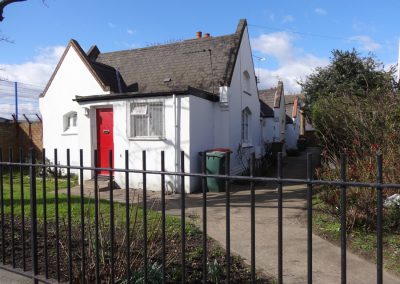 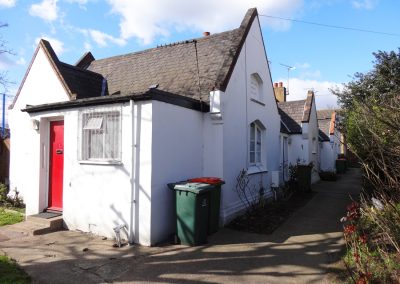 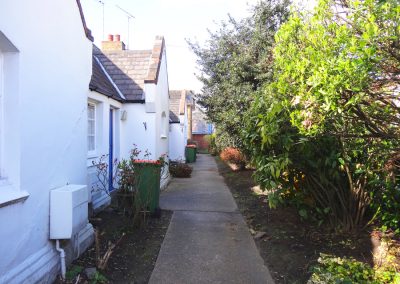 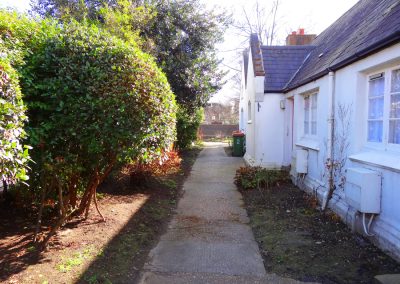 In exceptional circumstances where it has not been possible to fill a vacancy from this locality, then the trustees may consider applicants from the Pathways Jubilee area of benefit comprising the London boroughs of Wandsworth, Waltham Forest, Enfield, Haringey, Greenwich, Newham, Tower Hamlets and Lambeth.

Discover our other independent living schemes in East London.